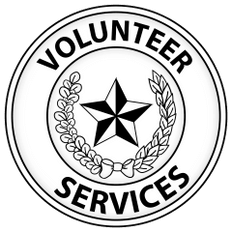 A mental illness is a disease that causes mild to severe disturbances in thinking, perception and behavior. If these disturbances significantly impair a person’s ability to cope with life’s ordinary demands and routines, then he or she should immediately seek proper treatment with a mental health professional. With the proper care and treatment, a person can recover and resume normal activities.


Many mental illnesses are believed to have biological causes, just like cancer, diabetes and heart disease, but some mental disorders are caused by a person’s environment and experiences. Misunderstood, often feared, and still stigmatized, the most severe mental illnesses affect 6% of the population. Over 1.5 million Texans suffer from a serious mental illness. (Based on 2010 Census figures.)

• An estimated 22.1% of the population aged 18 and older suffer from a diagnosable mental disorder in a given year. This translates to approximately 44.3 million people.


• The main burden of illness is concentrated in a much smaller proportion — about 6 percent, or 1 in 17 — who suffer from a serious mental illness


• Over half of individuals with a more serious mental illness did not seek treatment in the previous 12 month period of time.